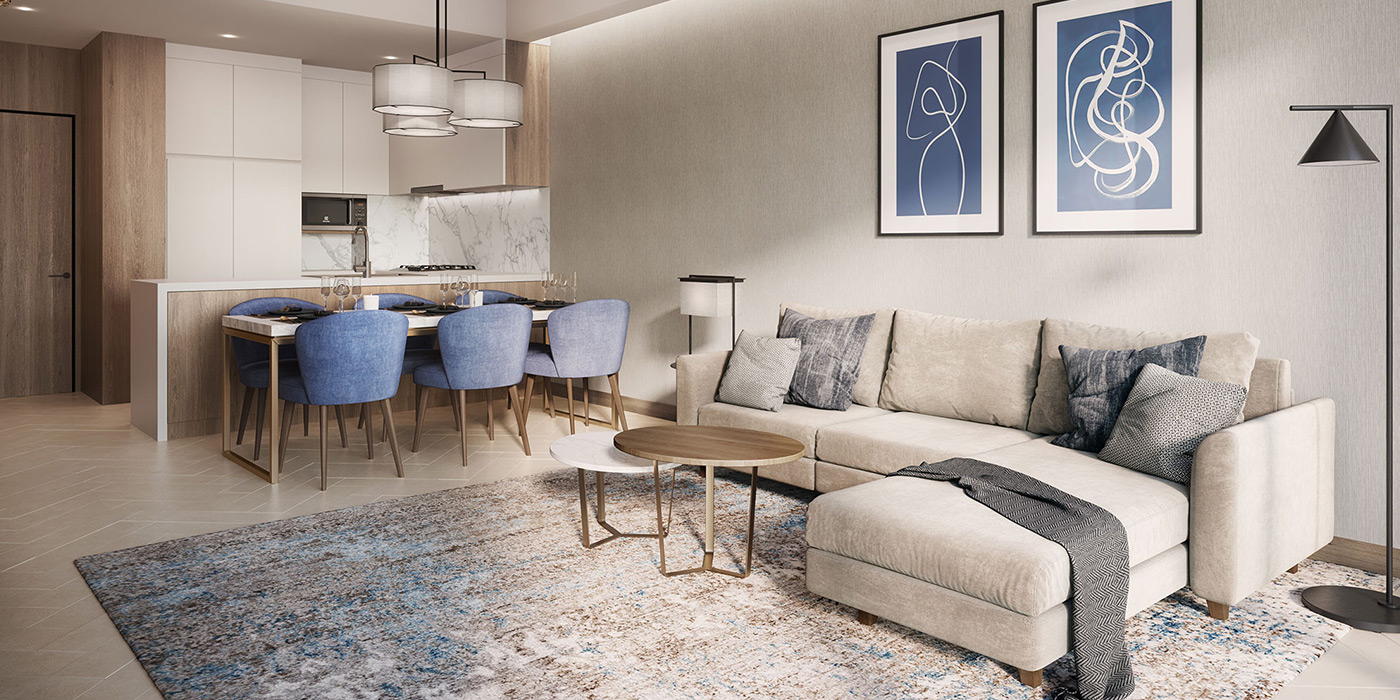 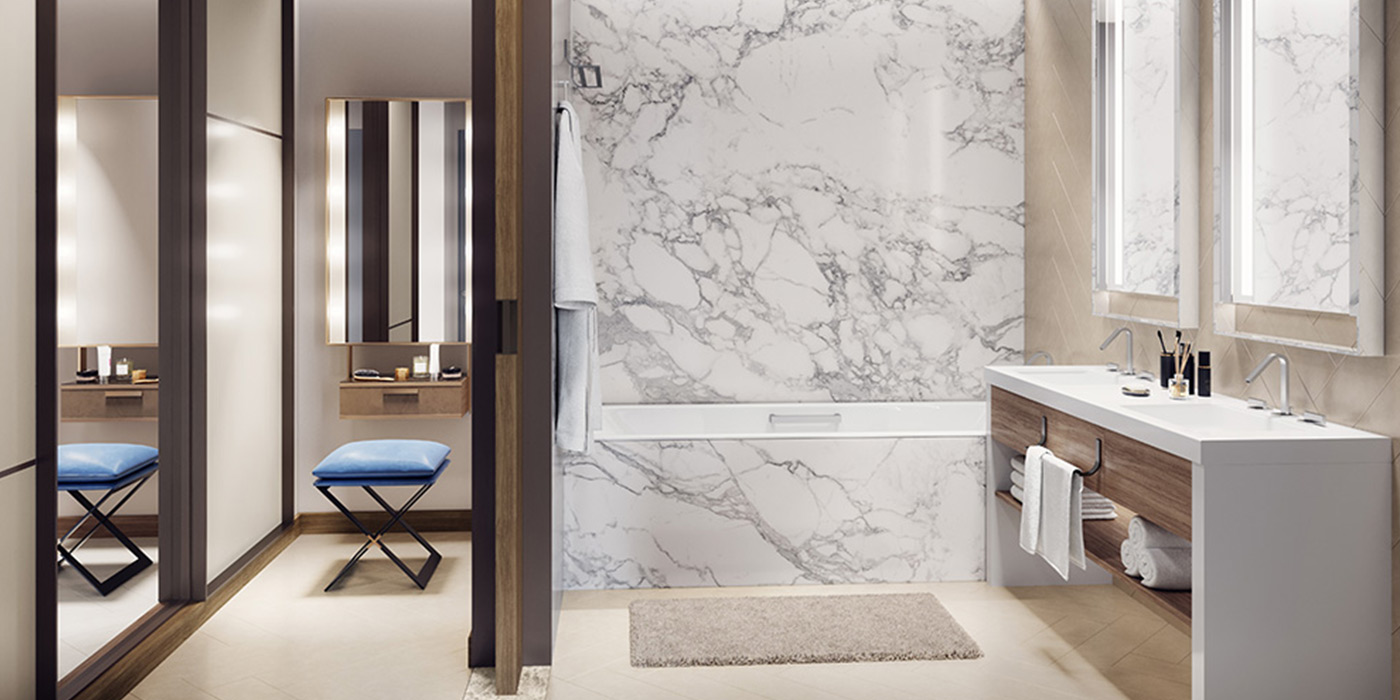 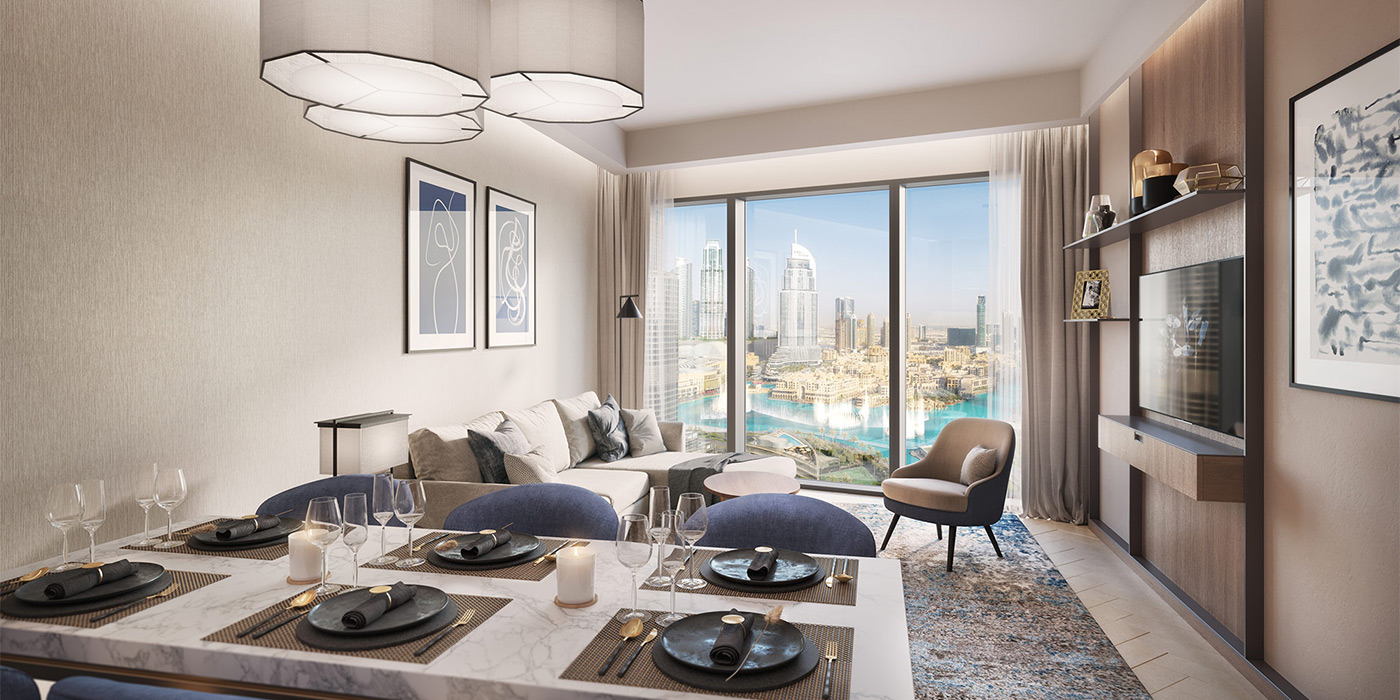 Emaar presents Address Residences Dubai Opera featuring a range of one, two and three-bedroom serviced apartments in Downtown Dubai with stylish decor, and spacious living areas, as well as a balcony or terrace. The opulent serviced apartment development is designed to raise the bar in terms of luxury and service. A large pedestal connects two modern towers, one with 65 storeys and the other with 55, with a variety of retail, recreational, and entertainment options.

The property is situated in the centre of Downtown Dubai, in the heart of The Opera District, a chic new destination set to become the UAE's newest arts and cultural hub.

The Address Residences Dubai Opera is located next to Burj Lake, which will soon be surrounded by a spectacular waterfront area known as Burj Park. The opulent, integrated residential environment, which is located at the entrance to Dubai Opera, is being hailed as one of the world's most coveted luxury urban addresses. Offering a choice of serviced apartments, the exclusive range caters to permanent residents, as well as short-term and long-term visitors.

Each residence boasts a view of Downtown Dubai's signature structures - Burj Khalifa, Dubai Fountain, Old Town Island and Dubai Mall; with a direct view of Burj Khalifa and the Burj Lake from the two and three-bedroom apartments.

The Address Residences Dubai Opera is an urban oasis that celebrates life in a bustling metropolis, with the stunning cityscape serving as a defining feature alongside the decadent interior touches and stunning décor. At the top of the building, there are several large penthouse units, which have been designed to enhance this exceptional location, such as adding an exterior curtain wall to reduce the sun's impact without compromising views.

The Address Residences Dubai Opera's two towers are linked by grace, spirit, and style; these sleek, contemporary structures form a distinct skyline that defines Downtown Dubai's new inner sanctum. The buildings' placement has been precisely planned to maximise the breathtaking views, as has the design, which is inspired by a traditional sailboat and features thin "plates" that glide past each other to display the Dubai cityscape in all its grandeur.

The development will feature luxury amenities such as a swimming pool and health club, as well as a range of world-class leisure and entertainment options in Downtown Dubai. Following are the luxurious amenities you can find at Emaar Address Residences Dubai Opera at Downtown Dubai:

Living in 'The Centre of Now' and taking advantage of everything the dynamic city has to offer is one of the significant advantages of life in Downtown Dubai. This one-of-a-kind development in The Opera District is situated at the crossroads of Mohammed Bin Rashid Boulevard, a palm-lined thoroughfare lined with chic pavement cafés and inviting restaurants.

Downtown Dubai is Emaar Properties' flagship project, with a buzzing atmosphere that lives up to its epithet 'The Centre of Now.' The area has been termed the world's most prestigious square kilometre, with Burj Khalifa, the world's tallest building, developed by Emaar, at its epicentre.

Commercial, residential, retail, hospitality, and entertainment assets abound, all nestled amongst lush greenery and lakes and other distinctive water features. The Dubai Mall, the world's largest and most visited shopping and entertainment destination, as well as the rustic Souk Al Bahar, a modern twist on authentic Arabian markets, draw shoppers to Downtown Dubai. The Dubai Fountain, a spectacle that reaches over 150 meters high and stretches for over 900 feet, is direct across from the mall.

A. Emaar is the developer of Address Residences Dubai Opera.

Real Estate In Dubai has access to new release properties

Gulf Realtor has been determined to be the most popular property portal by independent surveys. The portal provides a platform for you to search for property.

Fill this form and get a call back